A while back I got a message from a mate giving me the heads up that North will be no more, doing a “Best” and they called it. As I tried to rationalise this news, I chirped back something about rumour mills, but still put the feelers out to my contacts to see if there was any sense to the gossip.

Reassurance came my way that this was extremely unlikely being one of the most solvent and arguably the best kite brands on the planet, I still had a nagging thought there was no smoke without fire so took to the forums to see what had been leaked. Didn’t take me long to discover there appeared to be a licencing disagreement going on and there was some legal wranglings happening. Basically a storm was brewing and I was a touch fucked off about it. Why? I had JUST invested the best part of 15k in new North kit, sold our Hymer motor home to pay for it.

As the news was gently released to the public, my partner in crime was confidently reassured that although we both hated the new name and branding, the tech we had fallen in love with remained with DuoTone and so should our loyalty.

I however, had my doubts. North as a brand has been in my life for what feels like forever. When I was a kid, I grew up a complete yacht monkey swinging from stays and falling down hatches, North were to be respected and admired.

I grew up to work as a yacht trainer around the world and had a passion for dinghy’s and windsurfing, I had Tushingham, and a North 4.5m. North sails were always coveted as the best and is a brand in my life as familiar as Heinz.

My question back then to hubs was, yes, I understand that the kite tech is now with DuoTone BUT what is happening with North? It cant just disappear – it cant believe it will just vanish into thin air, all these years of brand establishment in the kite surfing market. The business is still there, the name is still North, the finances are still available, no one in this fight over foiling has gone insolvent through not selling enough kites. North aren’t just going to give up on owning that sector and revenue stream.  I couldn’t believe they would for a second they would just walk away give DuoTone that whole market for nothing.

Mark my words I said, we’ve not heard the end of North.

I work with product and licencing so I grasped an understanding of the situation and the steaks quite quickly. North’s silence on the matter while it allowed DuoTone to make all the necessary assurances to the customers and I guess this is what Boards & More/DuoTone had been fighting for.

So, whether I liked it or not, I was a DuoTone customer. North had washed their hands of me.

We went to the Armada and visited the North stand to see what the take was there, they remained tight lipped on anything to do with North but the statements that came across was the kits the same, the designs and the designers are DuoTone and the sponsored riders are ours – like anyone gives a crap about that when they’ve just spent their life savings on kit the riders get for free.

Yes. I’m annoyed. I have 6 months extra warranty for all this bullshit because people “have somewhat differing views”, all this statement leaves me with is assumptions. Corporate North didn’t like what Boards and More were doing and pulled their investment and license agreement, forcing Boards and More to scramble and find a name, any name.  It’s ominous that they have chosen a name of a failed brand thinking that no one remembers the ’90’s anyway. Well, I do, and it was more like DuoWho?

When the name was mentioned and we made our opinion known on how weak it was we were countered with “did I know how difficult it is to find a company name with available trademark, domains and social handles?” …erm, this is what I do daily, you should have asked.

As a customer I would have been happier if the name change had been ION, it would have settled me into a far happier place. Established, reputable, credible and quality. Would I buy an ION Neo? Hell yes.

Boards and more have not only turned their back on the North brand, but also show utter disregard for all that brand building that has gone on for decades. What it takes to build and establish a brand, the cost, the delivery on that promise and they chose a name that has already been before and fell short.

Duotone leaves me no where, as does North as I am now, no longer a North customer.

Then I received an insta notification… 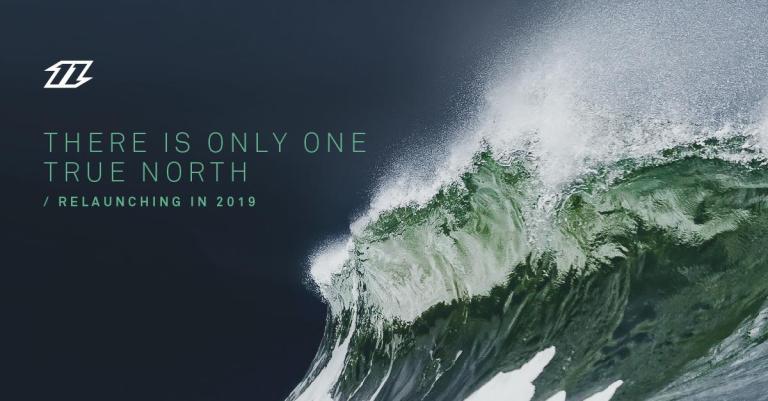 There is only one true North…

Ouch. Battle lines drawn, gauntlet slammed down. Marketing genius, but also, someone somewhere at North who signed it off is really pissed off.

I imagine those sided with DuoTone felt sick. I know I would have with the threat of a relaunch in 2019, symbolic dark skies and a peak about to crash – so much meaning a menace in one image and statement.

What would I be thinking if I was Till Eberle?

We’ve got the customers.

We’ve got the technology

North have 60 years of tech, they’ve won more races than any sail-maker on this planet.

We’ve got the production line

North own their own production lines in 7 different locations.

We still have the kites IP and names

They’ll make new better kites. And because we are manufacturing them themselves with their own materials, they’ll save costs, give better margins to the retailers, then they will use there huge venture capitalist marketing budget to launch and saturate the market.

We’ve got the designers

I write about our life by the sea and in the sea. We are kitesurfing, dog walking, Hymer camping outdoors enthusiasts. We just refuse to grow up, get in to all sorts of pickles and have a LOT of fun in the sea! View all posts by thenorthshoreuk

Kitesurfing blog with a bit on hymer motor homes, surfing and dog walks

Follow the north shore – Kitesurfing and mis-adventures across Devon & Cornwall on WordPress.com