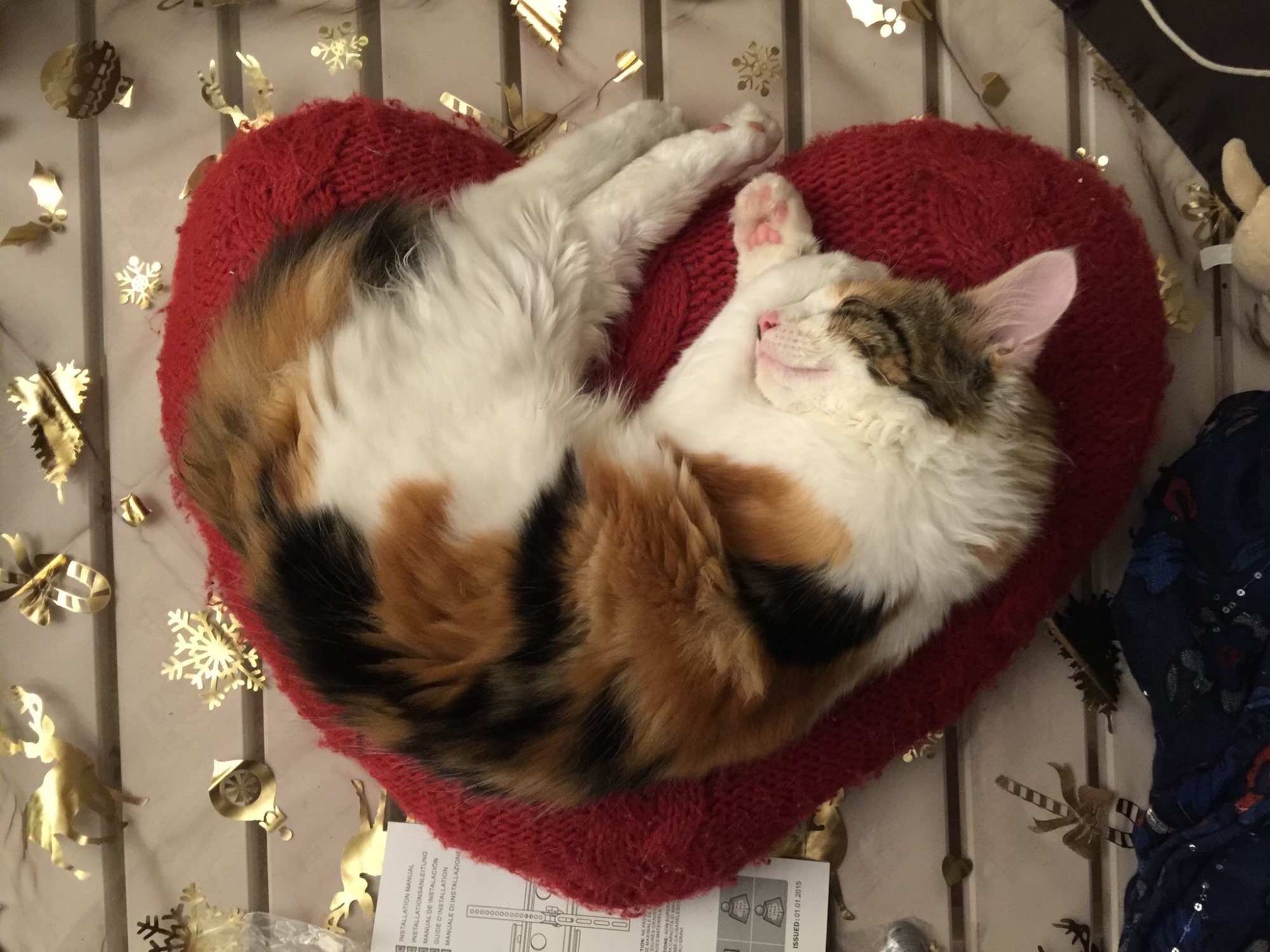 The story of Molly begins when Zephyr (God of the westerly wind) went missing for 7 weeks. I am ashamed to admit it, but I had written him off. We lived near the A303 at the time and I was convinced he was goner. So when a friend mentioned a litter of ginger farm cats were looking for new homes I was easily convinced that we should provide one. Molly was the only calico out of a sizeable litter. She was a perfect little bundle of trouble and had reports from our friend about how brave and minx like she was. 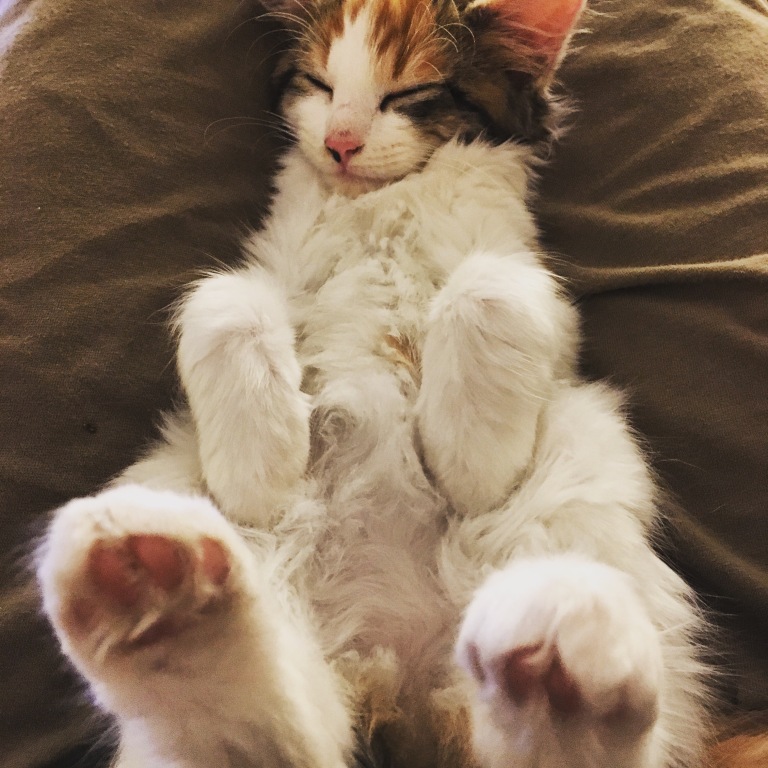 The day before we were due to move to Cornwall, Zephyr turns up, like he knows some life event is about to happen. To this day I have no idea where he went, but this lady me in a bit of a pickle. I had already committed to taking on Molly. I’d selected her from a picture, I’d given her a name and just because Zephyr was safe and sound didn’t mean I could drop my commitment. We now had two cats and Zephyr would just have to deal with it.

Molly knows no fear. To say she is brave would be an understatement, happy to take on a Rhodesian Ridgeback and not peturbed by Zephyrs outward hostility in the slightest. She is the tiniest of terrors and literally owns them.

Mylo wanders around following her like her personal butler, allowing her to sleep on his bed while he sleeps on the floor next to it. She attacks and hangs off his tail when he wags it. And when she falls asleep next to him he us frozen to the spot, frightened to move in case he disturbes her slumber and she decides to move away from him. She is his muse and he completely adores her. 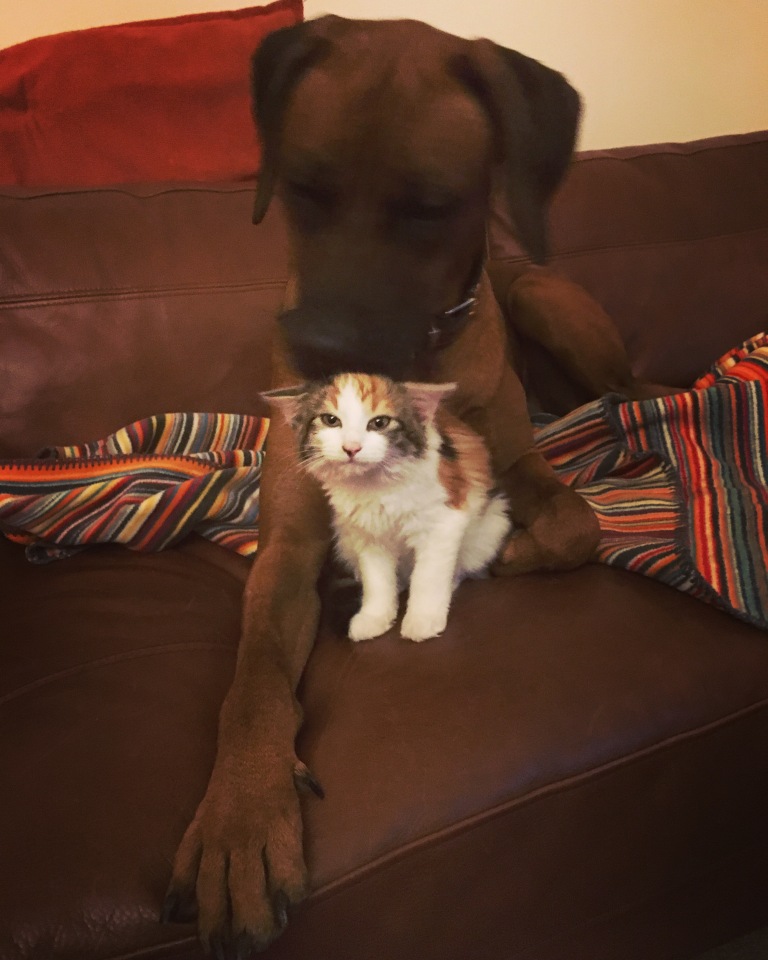 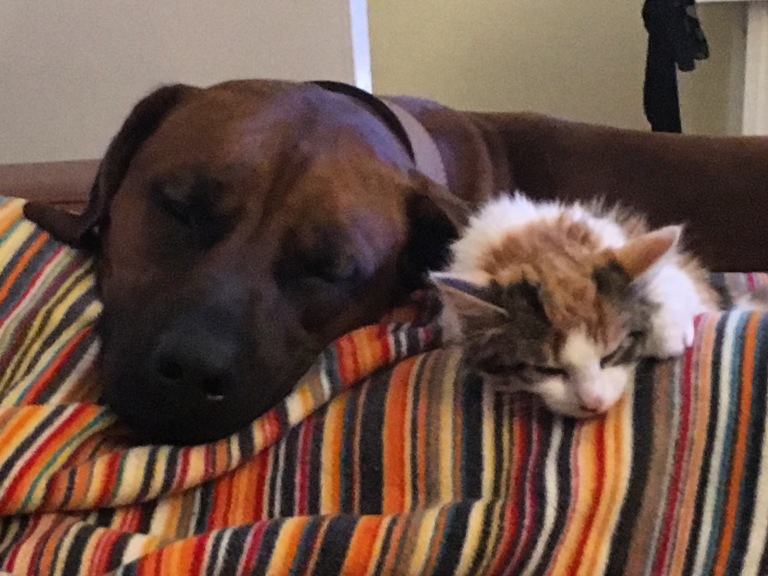 The inventor of kitty fight club, she has won over Zephyr who took about two months to even acknowledge her presence. Her attempts to play were thwarted with a Victor Mendrew type hiss or sometimes just a mean paw to the face. But Molly is endearing and completely charming, her resilience and complete resistance to fear ultimately meant he gave up hating her first. Play fights  evolved into grooming and now they are besties sleeping together and competing for lap space! Erm, who am I kidding, I’m lucky if I get a seat!

I write about our life by the sea and in the sea. We are kitesurfing, dog walking, Hymer camping outdoors enthusiasts. We just refuse to grow up, get in to all sorts of pickles and have a LOT of fun in the sea! View all posts by thenorthshoreuk

Kitesurfing blog with a bit on hymer motor homes, surfing and dog walks

Follow the north shore – Kitesurfing and mis-adventures across Devon & Cornwall on WordPress.com